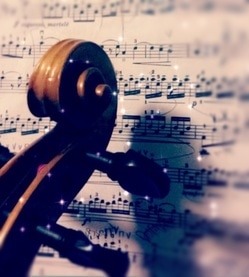 Learning to play an instrument has many benefits in addition to learning how to read a musical piece. Students in the Wilson Instrumental music department become accomplished musicians, learn the importance of teamwork, self discipline and motivation. Many also build lifelong friendships as they connect, learn, and grow alongside their fellow musicians in class. In addition to this, musicians have proven to exceed in comparison to other students, who are not involved or don't play an instrument. According to research conducted by the Metropolitan Nashville Public Schools (Metro Schools) the GPA's, graduation rates, and State Tests scores of young musicians proved to be greater than those of their fellow classmates. Those who were not involved in the music program had a 60% graduation rate. In comparison to them, students who had been in the music program for more than one year had a graduation rate of 91%. In addition to this, students in the music program took online surveys, which revealed many positive characteristics of theirs, and which originated from this participation. According to the Executive Summary of this research,  "self-discipline, concentration, persistence, and leadership, all which have positive effects on student learning," had all emerged from this experience. Also, being a part of the music program, or in fact, any club or organization, has proven to give many the feeling of belonging somewhere and served as a motivation for many to attend school every day. As you can contemplate, the impact of learning an instrument goes well beyond executing a pair of notes. It benefits the musician in all parts of their academic as well as social life, especially after various years of participating in this department